The America China Cultural Divide in the Workplace 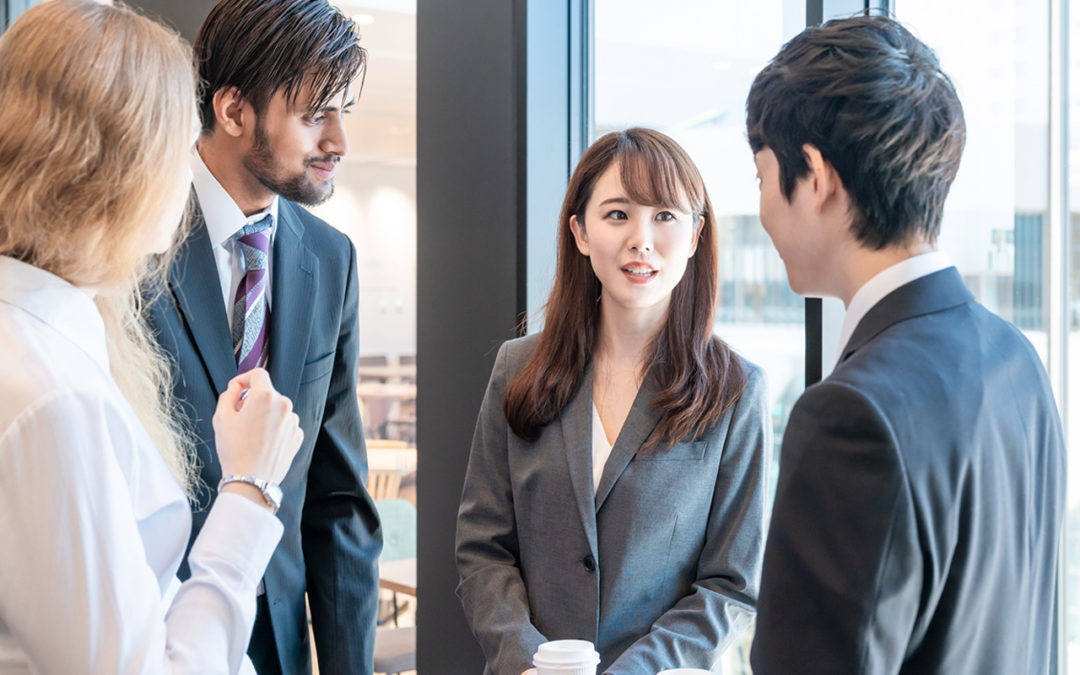 Those of us who work with a mix of Chinese and Americans have all experienced it: frustration.

The two most common causes of frustration are:
• Not getting the response we want or expect.
• People, or groups, operating on different timelines.

The good news is you can learn what the cultural expectations are and know how to deal with them! Of course, having a growth mindset and a global mindset are essential for this to happen. We will write more about these in another blog.

We know this can be harder than it sounds when working in a second language, but that is why we are here to help.

The goal of this article is to help educate those wanting to cross the cultural divide of working with both Chinese and Americans (please be sure to read the notes at the end of this article).

Both of us, Darin (American) and Amy (Chinese), will add perspective to help guide you through common pain points that we have helped others deal with.

Negotiating a Deal
Coming to an agreement on essential terms is the number one priority for both parties in a negotiation, but the way Americans and Chinese go about the process is very different.
Americans tend to get straight to the point, wanting to waste no time in coming to agreeable terms. You know, Americans have that win-win mentality! Winning, and winning quickly, is part of American culture.

Chinese on the other hand, tend to move at a slower pace, savoring the process of negotiation. Chinese like to build and secure relationships before closing the deal.

Americans need to understand that even though there may have already been a lot of back-and-forth communication (i.e., via emails, virtual meetings, phone calls, etc.), an agreement still might not be reached during that first face-to-face meeting. Chinese tend to view the first face-to-face meeting as an opportunity to get to know each other and to begin moving towards a relationship of trust.

Chinese expect that trust is built over time and that business will follow, whereas Americans expect that every relationship will be built on trust from the start. After all, innocence until proven guilty is woven into the very fabric of the U.S. society and legal system.
This leads Americans to believe that the contract will protect the relationship and the respective parties, while the Chinese think that the relationship will ensure a trust-worthy contract.

Saving Face
There is another important aspect at play when negotiating a deal: saving face.

Saving face means everything for Chinese, whether it be for one’s individual, interpersonal, group or government image. As a result, every situation (i.e., including but not limited to negotiations) involving Chinese should be looked at through the lens of that individual wanting and needing to save face.

The desire to save face usually leads to a significant yearning for certainty among the Chinese which is part of the reason they move less quickly than Americans.

Americans, on the other hand, certainly want to save face and do so by building up their reputation but do not hold it in as high of regard. This is because getting a second chance in the U.S. is much more likely as Americans tend to be more forgiving and believe that the individual will improve as a result of learning from the mistake.

Closing Thoughts
In closing, you might ask, “Why are Darin and Amy highlighting the differences that exist between Chinese and U.S. American cultures instead of focusing on the commonalities?”

This is a great question, and the short answer is: because significant cultural differences exist, and how we manage them can have a big impact on a business’ success. Commonalities across cultures do not cause problems while differences can cause big problems if not handled well.

We know, have seen, and have helped many individuals and organizations learn how to adapt to these differences. We are confident that with a little guidance you can too! If you need help, reach out today. We will help you know what to expect, so that you can set achievable timelines, increase efficiency, and improve your bottom line.

We, at InterSights LLC, have a wealth of experience supporting Americans, Chinese, and numerous other nationalities as they learn to work together across cultures.

Contact us today if we can be of any service to you (Info@InterSights.net)

Important Notes
If you are a seasoned professional at navigating the Chinese/American cross-cultural divide, please feel free to share this with someone you think might benefit from the shared insights.

When referring to “Americans” or “Chinese” we are not necessarily referring to all Americans or all Chinese. In the examples above we are referring to Americans and Chinese who are beginning to learn about the reality and existence of deep, culturally rooted differences. Additionally, we (and hopefully you) understand that not all Americans/Chinese fit into “the norm” or what we expect of their given cultural group. Even so, there are widely expected cultural behaviors and values like those we described above that influence a cross-cultural situation. We believe it is critical to understand what those expectations are, even if a particular person does not actually share the same cultural norms from where they come. Understanding these cultural expectations gives us a place to start exploring and testing what the other might expect and to capitalize on our own growth mindset.